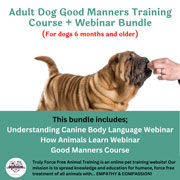 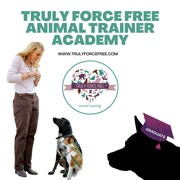 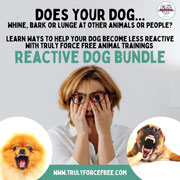 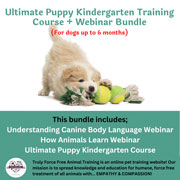 Spreading knowledge and education for humane, force free treatment of all animals with …
EMPATHY & COMPASSION 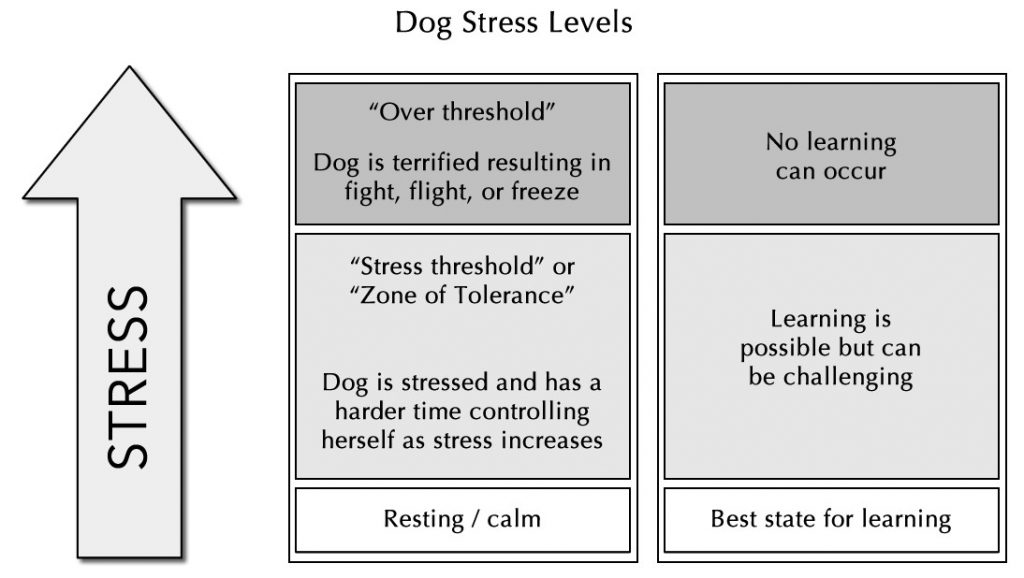 When a dog has gone over threshold, attempting to train them at that moment will be useless. A dog that is over threshold is in “survival mode.” Her sympathetic nervous system is activated, which controls her body’s response to the perceived threat. Adrenaline increases, heart rate increases, muscles contract and pupils dilate as her body reacts as if it were facing a life-or-death event. In these situations, it is better to just get the dog out of the fearful situation or to try to minimize its impact in these instances.

If a trainer fails to look at the dog as an individual who is fearful and views the dog’s failure to obey as a dominance issue, the trainer may start punishing a fearful dog for misbehaving when the dog is actually scared. This is especially true if the trainer ignores the fact that some dogs’ “zone of tolerance” is larger than others. Therefore, some dogs will take far less stress before going “over threshold.”

Punishing fear only compounds the fear. The dog may then intensify its attempts to run away, or even go into fight mode and attack the handler. But if the flight and fight do not work, and the punishment continues, the dog will eventually freeze and shut down. In some cases, a dog may shut down so much that we call it learned helplessness – a sense of powerlessness arising from traumatic events or persistent failure to succeed.

Even Professional Dog Trainers Can Get It Wrong

Unfortunately, I have seen this exact pattern repeated often on popular dog training TV shows. Dogs with underlying fear issues get punished for running or punished for fighting back. Eventually with enough punishment, the trainer induces the freeze response and the dog shuts down. The trainer then pronounces that the dog has reached a “calm and submissive state.” But the trainer has not done anything to make the events less scary or traumatic. In the traumatized state, the dog has not really learned anything except being helpless. Instead, the trainer has only put the dog in a psychological prison, like a battered wife who has given up trying to fight back. This pattern is dangerous for two reasons. First, people who use this technique run the risk of being bitten while punishing the dog. Second, there is no guarantee that the shutdown response will always prevent future aggression. Occasionally, battered wives do unexpectedly kill their husbands.

Look At It From The Dog’s Point Of View

If we consider, even for a moment, what the dog’s perspective is, I don’t think training methods like this would be tolerated. Consider, for example, being deathly afraid of snakes. One day you see a snake by the side of the road and try to run away. However, someone grabs you and forces you to get closer. In terror, you try to break free from the person’s grasp, but they are too strong. You next try to hit or kick your captor to get away, but every time you do, your attacker hits you back harder. Eventually, you lay on the ground motionless in terror praying that the snake does not bite you and hoping that your captor will let you go. This happens repeatedly over the next few days until whenever you see the snake and your captor, you immediately lay down desperately hoping they will leave you alone. Does this sound like a calm submissive state to you? Shouldn’t we be searching for a better way to address these issues?

To continue reading, check out The Evolution of Dog Training By Shannon Riley-Coyner here: https://www.amazon.com/Evolution-Dog-Training-uncovering-well-behaved/dp/0999284606